Fyra is becoming even more collaborative.

I want to re-record Go! to Fyra for a last time. But this time it will be a collaborative project. If you want to play on the EP, you can apply here: http://www.findmysong.com/projects/profile/2905
Or you can write me a message at info@worldoffyra.com
Posted by The Fyranian Embassy at 09:22 No comments:

We have created a new landing page for the World of Fyra. How do you like it? 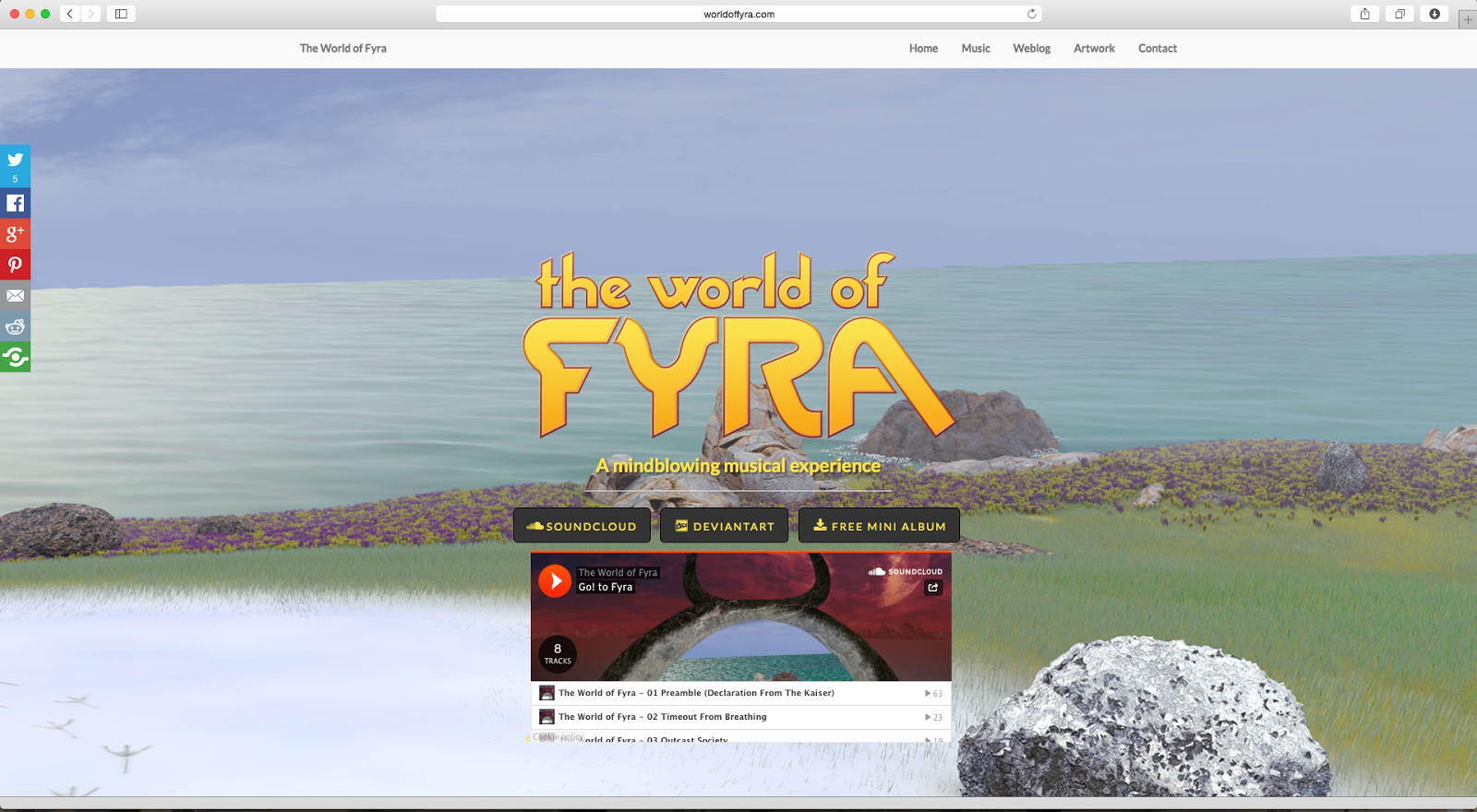 He is the one with the electric guitar.
Posted by The Fyranian Embassy at 13:45 No comments:

I have no choice but to begin with sad news. Today one of the main non-musical influences of Fyra passed away: Terry Pratchett. So shortly after Leonard Nimoy whose role as Mr. Spock is also a very important influence.

This is a good opportunity to listen to Steeleye Span's album The Wintersmith which they made in collaboration with Terry Pratchett:

Now for some information about the status of Fyra. Those who have contributed to our campaign two years ago surely want to know what has happened to the project.
I have to admit that it took me so long to write about what happened during and after the campaign because I wanted to avoid being too negative. But this was and is almost impossible with what was going on. However, you who supported and will continue to support us have nothing to do with that negative things – you are awesome and you will always remain awesome!
So if any supporter really wants to know what happened, you can contact us privately and we will tell you everything you like.

It took so long for two main reasons:
1. Obviously we hadn't got even close to enough money with the campaign to pay for all the expenses we got making it. So the campaign was a loss for us.
2. I have started a relationship with my Lady Asphyx and had to move to Lorraine, France to live with her (there were good reasons for me to do that). The distance to Aachen, where the other musicians lived and probably still live is too far to continue playing with them. I can tell you that this made it a very very hard decision for me. I loved playing with those guys.
So, I had to start everything over again here without knowing anyone around here. And there were many other problems to solve first.

And now finally for the good news:
Fyra will continue! And I have already found one musician who is very passionate about what he does. That is great, I'm very excited about it (and he is too, I can tell). In spring we will get going and push the project forwards.
I will introduce you to the new musician soon. We have to work on some new PR material. Until then you can have a guess which instrument he plays.

Oh, and I promise I will write more frequently in the Fyranian Herald from now on.

~ Myrddin Triguel
Posted by The Fyranian Embassy at 17:22 No comments:

The Fyranian Herald is published by the Fyranian Embassy which is part of the ÜMF network. You find all contact and legal informations on the ÜMF-Website.